LUCY FRANCESCA DRON'S EP 'LEFTOVERS' IS A MUST LISTEN TOO RELEASE. 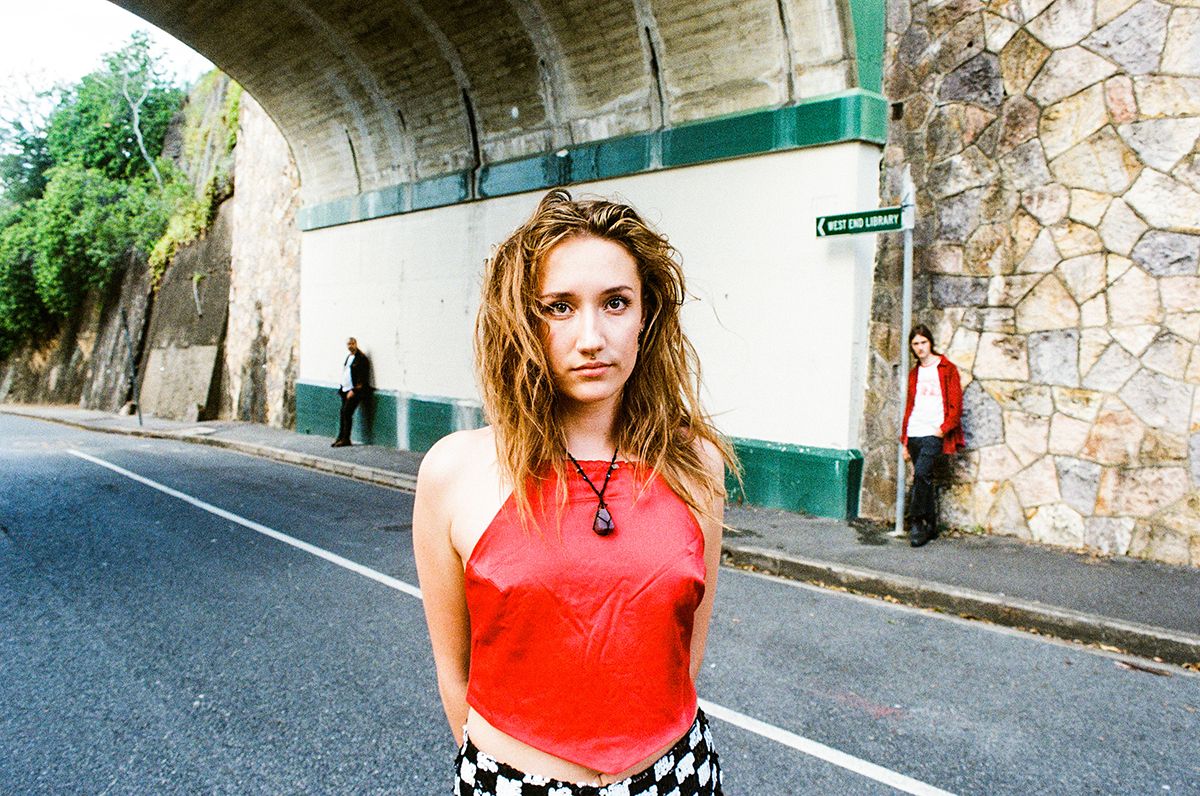 It hit home for me having been there before. Is this your debut EP?

I did technically release one when I was seventeen but I took it off Spotify, so its not but it feels like it. The last one I didn’t do any promotion, I just recorded it and uploaded it.

Can we talk about each song on the EP seeing as it really is a journey?

Sure. I’ll go in order I guess. ‘What Is Next’ was actually the first time I explored pushing the guitar chords. The lyrics were just layered on top. So the song writing was guitar based. Lyrically it was about getting out of a relationship and going out into the world. But also I was stuck in a shitty job and was having all this existential depression thing going on so lyrically it is quite scattered. It was the first time I had played a chord progression that was something that I found really hard to play so it was a like a challenge to try and figure out.

‘Mirrors’ is about that intense social anxiety and heightened sensitivity when you interact with people. Just feeling like anything you are feeling everyone could see, feel and think so it made you want to shut up and not do anything. It was all that for me.

‘Take It From Me’ is all of those emotions, just a very chaotic freaking out song I guess.

I actually wrote in my notes how the tone heightened after Mirrors.

Yeah. It’s about being in love and how it’s terrifying and you want to run from it but also that kind of feeling very lost at the end of it.

‘Liquid Numbing Pain’ is just heartbreak. I was in  a relationship and it was really passionate but toxic, one of those ones. It ended terribly and I couldn’t handle it so I had to write that song. That song is like my baby, it’s very special to me, but it’s not even for what it’s about anymore. It evolved from helping me out of that situation but then I started hearing these other guitar parts and harmonies and I wanted to just perfect the song musically. I got so obsessed having it just sound perfect. It’s a really well put together song. I don’t even listen to it and feel what I was feeling at that time. It’s become something else.

And then ‘Epilogue’.  So all these songs I wrote between seventeen and nineteen but Epilogue I wrote recently. It’s about accepting endings really and growing. So the whole EP for me is this journey of growth and heartbreak.

How did you get into music?

I was born into a family of classical musicians so I always grew up with music playing. My mum is a music teacher so from a young age they wanted me to play an instrument so I started playing cello. I played that for years in an orchestra. As I got older I had this urge to play more rocky kind of music. I went to music school for the last two years of school and started song writing.

Some of your songs have a real jazz vibe to them and you fuse so many sounds. Who do you listen when you are looking for inspiration for your music?

A lot of the songs, like Take It From Me and Mirrors, all the vocal melodies; I wasn’t listening to any jazz back then so I’m not really sure where the melodic jazz influence came from. But the way in which I executed the singing when I recorded them, I was definitely influenced by Amy Winehouse. My biggest vocal influence is probably Julian Casablancas (The Strokes) he is kind of similar vocally to what I do. Really cool melodies and he sings it in the same unique way but Amy definitely inspires my singing technique a lot. Learning her songs helped me execute it.

What songwriters inspire you?

I always feel, when I am writing, that I literally have to write. It’s my only way to express when I feel something. I’m not thinking about it at all, it just flies out. I listen to a lot and that obviously subconsciously comes out in my song writing. I grew up with a lot of Strokes and that inspired me in my early days. The Microphones as well and at the moment Hiatus Kaiyote is definitely evolving my sound a lot. They make me want to be so much more creative. Radiohead was another one, I want to aim to be on that level, which is very high! That’s how good I want to be. I did listen to a lot of classical music growing up and I think the melodies influence me too. But lyrics, I don’t think about it, they just come from my heart.

So you write your lyrics first?

Sometimes I’ll glue together diary entries and make them rhyme. Other times I will hear a melody and create a song from that. Other times it will come from jamming on the guitar. It’s always different.

If you could invite one musician to come for tea to pick their brain who would it be?

It would be Nai Palm (Hiatus Kaiyote). I met her and I fucked it up!! It was an awkward exchange!! It would be her though, I want to know what she does and how she does it.